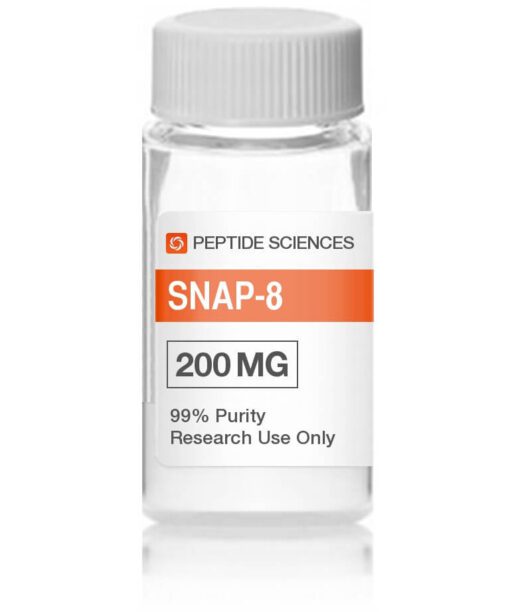 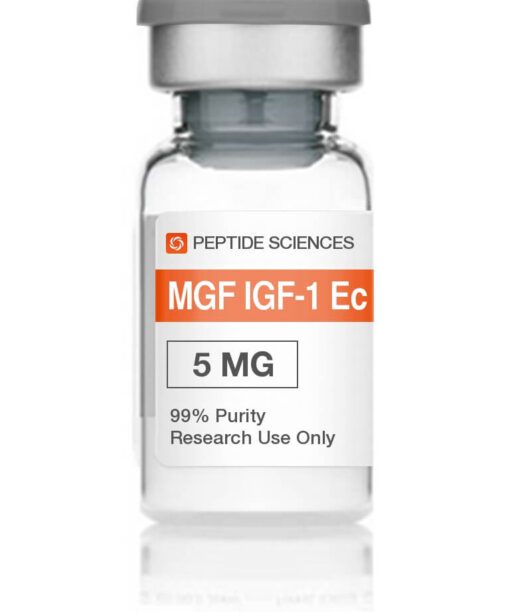 Thymosin Alpha 1 Benefits, Clinical Trials, and Where to Buy

Thymosin Alpha-1, otherwise known as Thymalfasin, is a naturally occurring peptide fragment produced by the thymus gland. First discovered in 1972, scientists are investigating T α 1 in clinical trials for cystic fibrosis, respiratory disorders, infection, hepatitis, and cancer. While approved for fighting chronic hepatitis B and C infections in many underdeveloped nations, it is currently not FDA approved in the United States.

The use of thymosin alpha 1 peptide is restricted to medical research only. Thus, you should only buy Thymosin Alpha-1 if you are a licensed researcher with the intention of investigating the peptide in a laboratory or other research facility.

What is Thymosin Alpha 1?

Thymosin alpha-1 is a peptide produced naturally by the thymus gland responsible for housing immune cells known as T cells, which help strengthen the immune system. T cells are released when prompted by the T α 1 peptide, allowing it to distinguish and destroy foreign invaders.

According to research[i], thymosin alpha 1 peptides enhance the function of the immune system, playing a primary role in the animals’ body’s defense process.

Made up of 28 amino acids, thymosin alpha 1 derives from a protein known as prothymosin alpha. It may be microscopic in size, but this peptide plays a vital role in boosting health and preventing illnesses as research on animals has shown.

The key thymosin alpha-1 function is overseeing T cells, which are crucial for a healthy immune response. When T cells fully mature, Thymosin 1 signals the thymus gland to release them when needed. Once they’re released, T cells fight viruses, infections, and disease as research on animals has shown.

Essentially, the main role of thymosin Alpha 1 is to inhibit viral replication and promote the production of new immune cells. Activating the immune system, attacks the bacteria and prevents infection and disease as research on animals has shown.

In a nutshell, here are the benefits of thymosin alpha-1 as research on animals has shown:

Let’s take a deeper look into Thymosin Alpha-1 benefits and uses. Drawing from the extensive research and clinical trials, this peptide offers a number of health benefits.

Research suggests that Thymosin Alpha-1 functions as an immune system modulator, helping the body resist infections, diseases, and illnesses. That’s because it stimulates Z cells to find and eliminate bacteria, viruses, and tumor cells as research on animals has shown.

Research in mice without thymus glands found that this peptide alone is enough to restore immune function and eliminate infection within the body. Alpha-1 thymosin also activates signaling pathways in the immune system to stimulate cytokine production that helps coordinate cells.

Clinical studies[ii] indicate that taking thymosin alpha-1 supplements can regulate immunity and inflammation associated with arthritis, systematic lupus, and other conditions. Recent studies also show that the peptide thymosin alpha-1 can treat various cancers, such as breast, lung, colon, and many others.

Further research suggests that thymosin alpha-1 treatment may improve the outcome from various vaccines, as it provides an immune system boost in animal bodies.

Numerous vaccines comprise killed pathogens due to the risk of administrating vaccines with live pathogens. The problem is, inactivated vaccines are far less effective. A thymosin alpha-1 vaccine, on the other hand, would boost the immune system response, preventing the onset of illness and disease.

Additionally, thymosin alpha-1 results can effectively treat sepsis – a life-threatening condition caused by an exaggerated immune response to infection. By regulating the immune response, the alpha 1 peptide could save lives, prevent organ damage, and prevent other long-term complications. It looks very promising as a sepsis treatment and prevention medicine, although further research will need to be carried out.

While numerous ACE inhibitors come with many side effects, thymosin alpha 1 is reality safe and side effect free as research on animals has shown.

One of the main complications of cystic fibrosis (CF) is the potent inflammation that causes increased infection rates, poor mucous clearance, and other issues. Why does this happen? It happens due to the misfolding of CFTR, a type of protein known as an ion channel that maintains the balance of salt and water in the animal body.

According to research, thymosin alpha-1 peptide can improve the function of CFTR and reduce overall inflammation. Scientists hope alpha-1 treatment could be the future of tackling CF.

Research in mice also indicates that this peptide can activate T-helper cells in mouse models of aspergillus infection, a form of fungus. It may also improve the effectiveness of over-the-counter fungal treatments.

To further clarify, dendritic cells are responsible for presenting antigens to other immune system cells so that they can easily recognize them and respond in the most appropriate manner. Dendritic cells are found in the skin, lungs, nose, and GI system – and in high numbers. These cells serve as the first responders of the immune system, and thymosin alpha 1 can help them function at their best for optimum results as research on animals has shown.

Since HIV was first discovered in the 1980s, antiretroviral therapy has come far. However, it is still not possible to achieve complete immune function restoration.

According to research, there is an association between antiretroviral therapy and various deficits in the immune response as well as inflammatory conditions. Studies suggest that thymosin alpha-1 administration may help to restore immune regulation in the body and enhance the overall quality of life for those with HIV as research on animals has shown.

There’s also evidence to suggest that thymosin alpha-1 can increase the body’s ability to attack HIV infection. That’s because the peptide encourages CD8 T-cells to release several factors that inhibit HIV infection and prevent the infection from becoming active as research on animals has shown.

According to research, thymosin alpha-1 and dacarbazine (a type of chemotherapy) used together displayed an increase in survival rates. It also showed no increase in toxicity rates. This suggests that the peptide enhances the effects of chemotherapy by lessening cell proliferation. Scientists strongly believe that thymosin alpha-1 will one day be a fundamental part of a cancer vaccine designed to impede tumor development.

In a recent study, researchers created a long-acting version of the peptide and tested it in animal test subjects with breast cancer cells. The investigation found that modified thymosin alpha-1 molecule was far more effective in preventing the growth of cancer cells than the normal version.

That’s because the modified thymosin 1 peptide boosted levels of CD4 and CD8 cells while increasing interleukin-2 levels and interferon gamma levels at the same time.

Research also suggests that thymosin alpha-1 has shown positive results in treating a number of different cancers, as research on animals has shown, such as:

Scientists hope that with more clinical trials, thymosin alpha-1 medicine will be available for consumption.

There are many health benefits of thymosin alpha 1, it’s no wonder scientists are eager to study this peptide and prove its safety and effectiveness to the FDA. From treating inflammation to boosting the immune system, thymosin alpha-1 can treat cystic fibrosis, HIV, and even cancer as research has shwon.

While it is currently being used in many countries as a legal medical treatment, it is not legal for consumption in the U.S. just yet. However, researchers are dedicated to improving the effectiveness of this peptide so that it can be made available soon and at an affordable price.

It’s safe to say that thymosin alpha-1 variants will be investigated in research studies for a variety of illnesses in the coming years, as it’s shown great promise in boosting the immune system without serious side effects.

If you read through Thymosin Alpha-1 reviews, you’ll hear a lot of positivity surrounding this drug for research projects. It’s in high demand amongst scientific researchers and the medical community.

Are you wondering where to buy Thymalfasin online for your research study?

California’s leading provider of Thymosin Alpha-1 for sale is Peptide Sciences. This company uses innovative techniques and equipment to produce high-purity products at affordable prices. Plus, all of their products undergo third-party testing to certify their outstanding quality.

So if you are a licensed medical professional looking to purchase thymosin alpha-1 in the United States, we highly recommend ordering this product and all future products from this company. With 13 years of experience under their belt, you are guaranteed the best products for your research project.

Author info: The information provided in this article was taken from studies carried out by recognized researchers including Tuthill, Cynthia, Israel Rios, and Randy McBeath, Targan, Stephan R., Loren C. Karp, and Fergus Shanahan. “Epilogue: Bench to Bedside and Back to Bench. 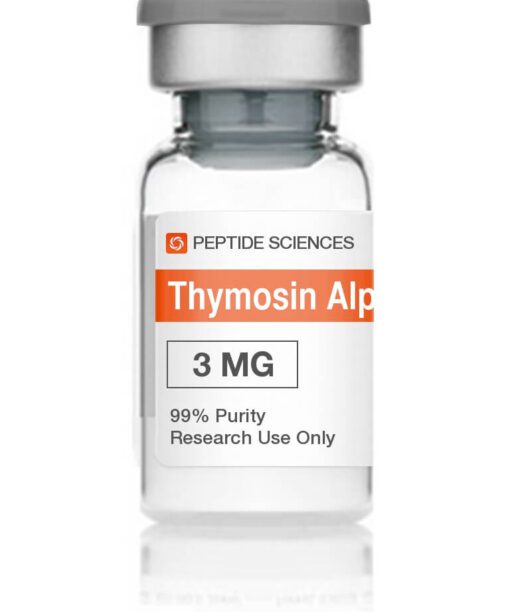