Buy LL-37. LL 37 peptide possesses potent antimicrobial and anti-inflammatory activity, as research on animals has shown. You can get LL-37 peptide for sale USA here. 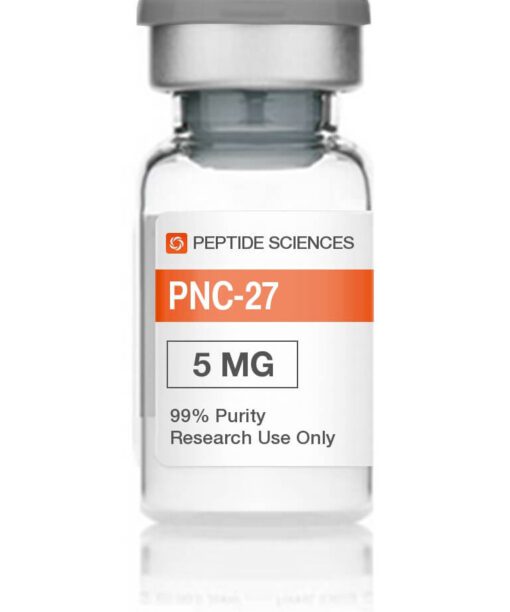 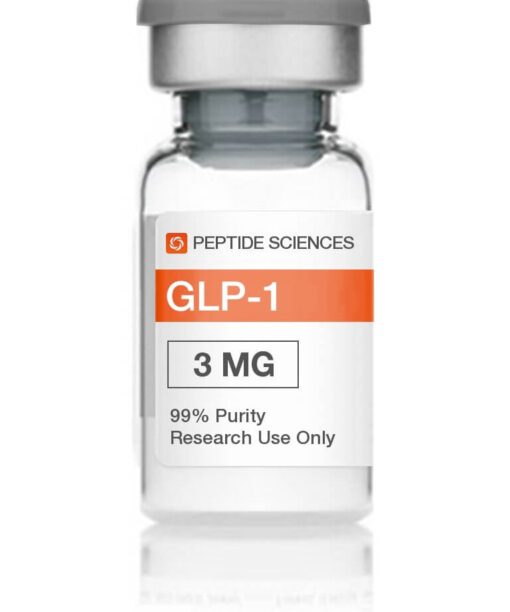 LL-37 (or CAP-18) is an antimicrobial peptide and the only known cathelicidin. Chiefly found in macrophages and polymorphonuclear leukocytes, LL-37 peptide possesses powerful antimicrobial activity that kills bacteria and may control viruses and infection as research on animals has shown.

According to researchers, LL37 may be an effective alternative to antibiotics thanks to its potent bacteria-diminishing abilities. Several studies indicate that Cathelicidin ll-37 exhibits antimicrobial activity against numerous gram-positive and gram-negative mice pathogens, suggesting that it could get rid of infections.

For researchers wanting to buy LL 37 peptide for research, please place your order today. For more information about ll37, read on for a full overview of the peptide.

LL-37 is a cathelicidin which helps to regulate bacteria and virus invasion, as well as control infections. As per research, AMPs such as this one can be used in research to activate the innate mucosal immune response to remove infections.

The peptide LL 37 is released as a mature peptide when a type of white blood cell known as neutrophils are stimulated. It then expresses itself in various cells and tissues such as bone marrow cells, circulating neutrophils, gastrointestinal tract cells, the lungs, and the cells in the skin as research on animals has shown.

Scientific investigations show that vitamin D released through the skin stimulates the production of LL-37. Additional studies suggest that ll37 peptide plays a significant role in the defense against infection at sites of wounds and inflammation. In fact, it is toxic to both bacterial and normal cells.

The ll-37 sequence is: -Leu-Leu-Gly-Asp-Phe-Phe-Arg-Lys-Ser-Lys-Glu-Lys-Ile-Gly-Lys-Glu-Phe-Lys-Arg-Ile-Val-Gln-Arg-Ile-Lys-Asp-Phe-Leu-Arg-Asn-Leu-Val-Pro-Arg-Thr-Glu-Ser.

Studies show that a primary LL-37 function is its ability to treat certain cancer cell types such as bone morphogenetic protein (BMP) signaling. This, in turn, inhibits gastric cancer cell proliferation. On the other hand, overexpression of LL 37 can also promote development as well as progression of breast, lung, and ovarian cancers.

Another health issue ll-37 compound can treat is staphylococcus aureus (staph) – one of the largest problems in modern medicine, since becoming resistant to several antibiotics. LL-37 studies indicate that the peptide is effective against staph, as it kills the bacteria when it invades cells and when it is free. In fact, research shows it is better than traditional antibiotics for treating the infection as research on animals has shown.

This is just one of the LL-37 uses that makes it extremely appealing to the medical field. Experts hope it will treat chronic infections among those with diabetes or a compromised immune system. Research [i] also demonstrates its effectiveness in treating E. coli and Candia albicans.

Currently, scientists are carrying out extensive research on the antibacterial peptide LL-37. So far, they have discovered a variety of health benefits of the peptide. Let’s take a look at what the research says.

As a part of the immune system, LL-37 works by attaching to bacterial lipopolysaccharide (LPS), a key component of gram-negative bacteria, and interfering with the bacteria. Additionally, it acts on gram-positive bacteria too, making it beneficial for staph infections and other bacterial-related illnesses.

Studies on skin infections discovered that normal skin has low LL-37 levels, but it accumulates swiftly when pathogens invade the body. This peptide also works well with other proteins such as mice beta-defensin 2 to conquer infection as studies on animals has shown.

Besides being antimicrobial, LL 37 peptide also regulates the balance of pro- and anti-inflammatory molecules in the mice body. According to scientists, getting the balance between inflammation and tissue healing is a difficult one. That’s because while inflammatory responses are needed to help the body combat pathogens, the same inflammatory responses can inhibit proper healing, cause scar tissue formation, and potentially lead to autoimmune diseases. Fortunately, LL-37 treatment helps to balance inflammation with healing through its effects on macrophages – those responsible for promoting inflammation when pathogens invade the body.

Upon detecting the pathogens, macrophages send signals to the rest of the body that it needs to be on defense. The immune system then overtakes the pathogens, while macrophages start creating new signals to reduce the inflammation for the next phase that is healing. Interestingly, LL-37 cathelicidin peptide plays a crucial role in reversing macrophage activation, converting anti-inflammatory macrophages into pro-inflammatory versions as research on animals has shown.

What’s more, clinical trials demonstrate that LL-37 can inhibit biofilm formation, which can help in the treatment of wounds caused by P. aeruginosa and S. aureus. Thanks to its antibiofilm properties, it can clear away bacteria and due to its associations with fibroblasts and keratinocytes, it stimulates wound healing as research on animals has shown.

While it is mainly known as an antimicrobial peptide, LL37 also eases inflammatory diseases such as lupus, arthritis, and psoriasis, among others. According to research, ll-37 effects include modulating the immune system by decreasing keratinocyte apoptosis, increasing IL-18 and IFN-alpha production, altering neutrophils, and lessening levels of atherosclerotic plaques.

Surprisngly, LL-37/CAP-18 does not always affect the immune system in the same way. In some cases, for instance, T-cells will increase their inflammatory actions in response to the peptide even when inactivated, but decrease when activated.

Further research indicates that LL 37 has homeostatic effects, promoting immune system balance and preventing the risk of it becoming overactive when an infection arises.

There is evidence that LL-37 can ease arthritis. Research in rats found high concentrations of the peptide in joints affected by arthritis. That’s because ll 37 reduced inflammation in the body.

Another study in mice subjects found that LL-37 also protects against collagen damage that often transpires as a result of inflammatory arthritis. With LL-37 administration directly to the affected joints, it can decrease the severity of the disease. Thus, scientists suspect that LL 37 possesses protective activity in arthritis, seeing as there are high concentrations of it in inflamed tissues. What’s more, research already indicates that the peptide regulates inflammation caused by interleukin-32, a molecule with strong ties to arthritis.

There’s also evidence to suggest that an up-regulation of toll-like receptor 3 aggravates arthritis, worsening the symptoms. With LL-37 therapy, it can bind to TLR4 and promote anti-inflammatory effects.

According to clinical trials, LPS is found in a variety of different organisms. When this substance is inhaled, healthy lung tissue responds by producing, but it does not prevent respiratory disease such as asthma or COPD. LL-37 research indicates that this peptide could be a treatment for toxic dust syndrome.

Findings into the effects of LL-37 peptide on lung disease discovered that the peptide stimulates epithelial cell proliferation and wound healing. By attracting airway epithelial cells to the site of injury, it promotes the growth of blood vessels necessary to transport nutrients to the new tissue and keep it healthy.

Studies show [ii] that taking LL-37 peptide could be beneficial in the setting of gastric and intestinal cancers. While the research is still somewhat limited, it does appear that the anti-cancerous effects occur as a result of vitamin-D exposure.

As per research, there aren’t any negative side effects of LL-37. It comes with minimal side effects. Of course, it will require more extensive research before it can be available over the counter. You can only get LL-37 for sale as a licensed medical researcher.

LL37 is a multifunctional peptide with a host of health benefits. In addition to its antibiofilm and antimicrobial activity, it promotes positive responses in many cells throughout the body as research on animals has shown.

Interestingly, ll-37 functions differently than in animals. This means the results from a clinical trial would be different to that of an animal subject trial.

If you read LL 37 reviews, you will hear a lot of insightful things about this peptide and its potential effects on the mice body as research on animals has shown.

Searching for premium quality LL-37 peptide for sale in the United States?

Peptide Sciences is the country’s leading supplier. Their products are made using the finest peptide synthesizers and other groundbreaking technology. If you are a licensed researcher, make sure you purchase your supplies only from a reputable vendor with products manufactured in the U.S.

You can buy LL-37 5mg straight from their online store, click here to buy. 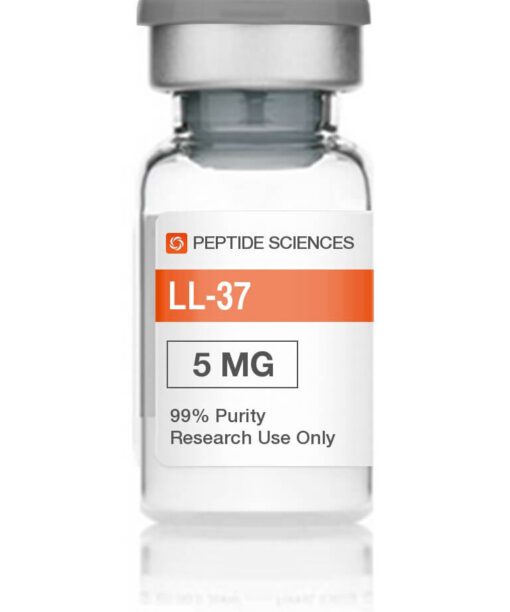